Located in the south-central part of Guangdong province, Guangzhou is a regional centre in southern China. Once known internationally as Canton, Guangzhou is now one of China's busiest trading centers. The main part of the city is situated on the north bank of the Pearl River, which branches off the West River before meeting with the East River and forms the norther border of the great Pearl River Delta to the south. The population of Guangzhou is currently 12 million people.

Each District in Guangzhou has its own character and unique composition of people. The city of Guangzhou consists of 11 districts, which are divided into 3 main district areas: 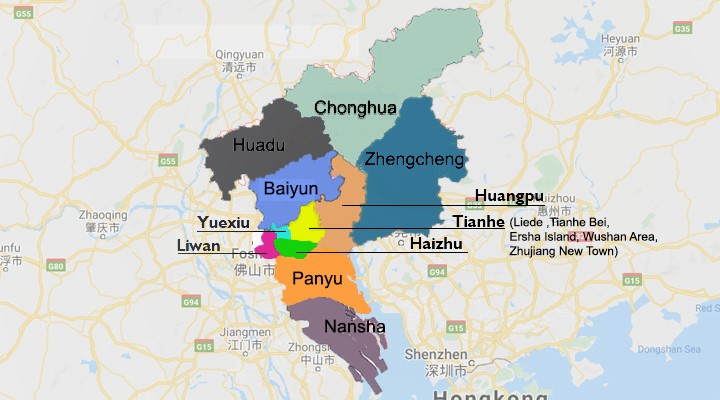 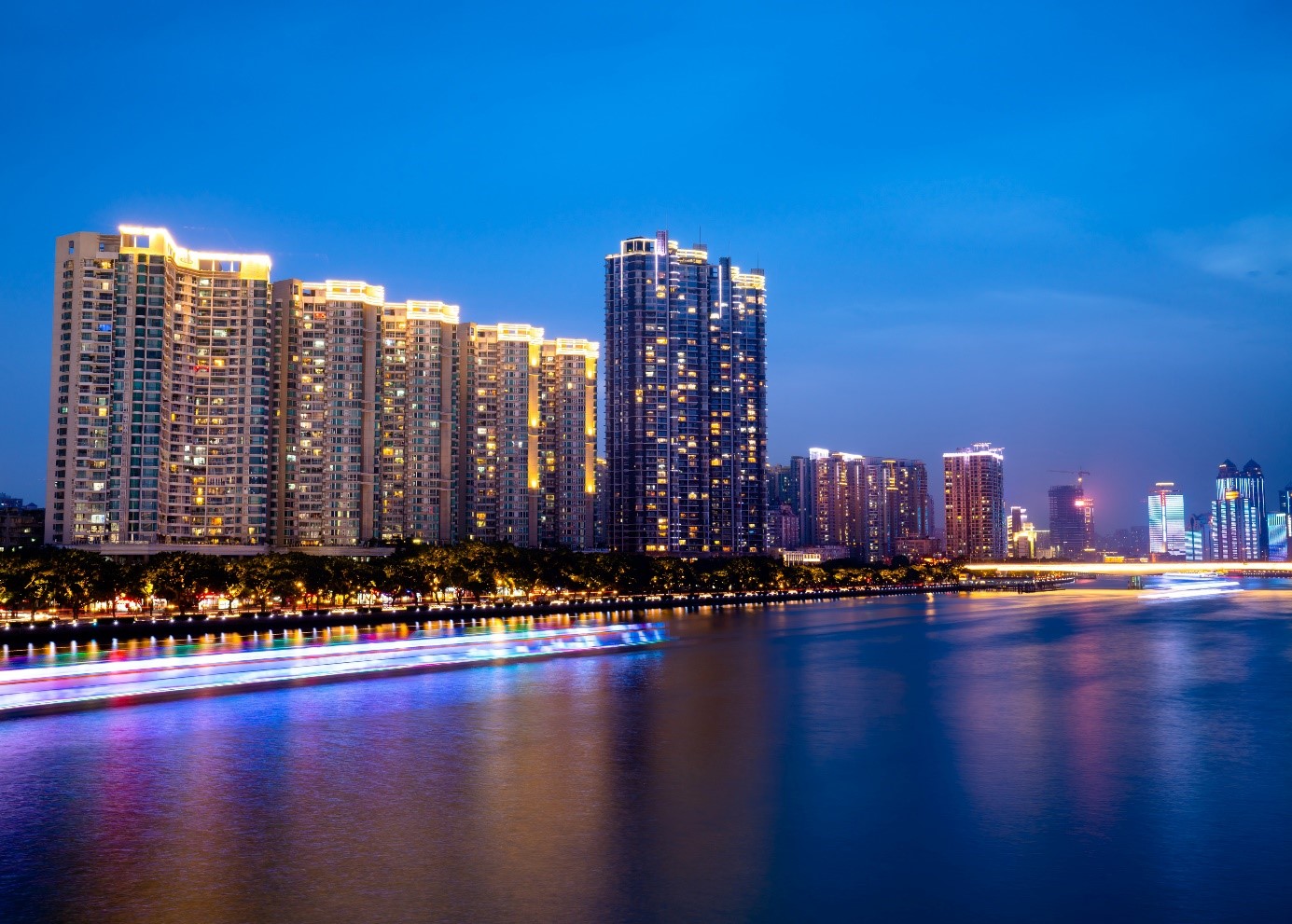 Yuexiu District is the oldest area and was the old city center of Guangzhou. It features the largest amount of historical and cultural sites in Guangzhou. There you can also find the famous People’s Park, Yuexiu Park and the Beijing Road. The Beijing Road is one of the busiest Pedestrian Streets in the city. In addition, there are a lot of shopping malls and restaurants along the street. It has convenient transport, Metro Line 1 and 2 runs through this area. Many foreigners who are doing import / export business live here. The population is quite mixed — with local people as well as Africans, Indians, and Europeans. As Its located in the older part of town the apartments and properties are not that new and rental prices are still expensive. The living conditions in this district can be more difficult for foreigners than in Tianhe but it is probably one of the best places to live if you are looking to explore local culture. 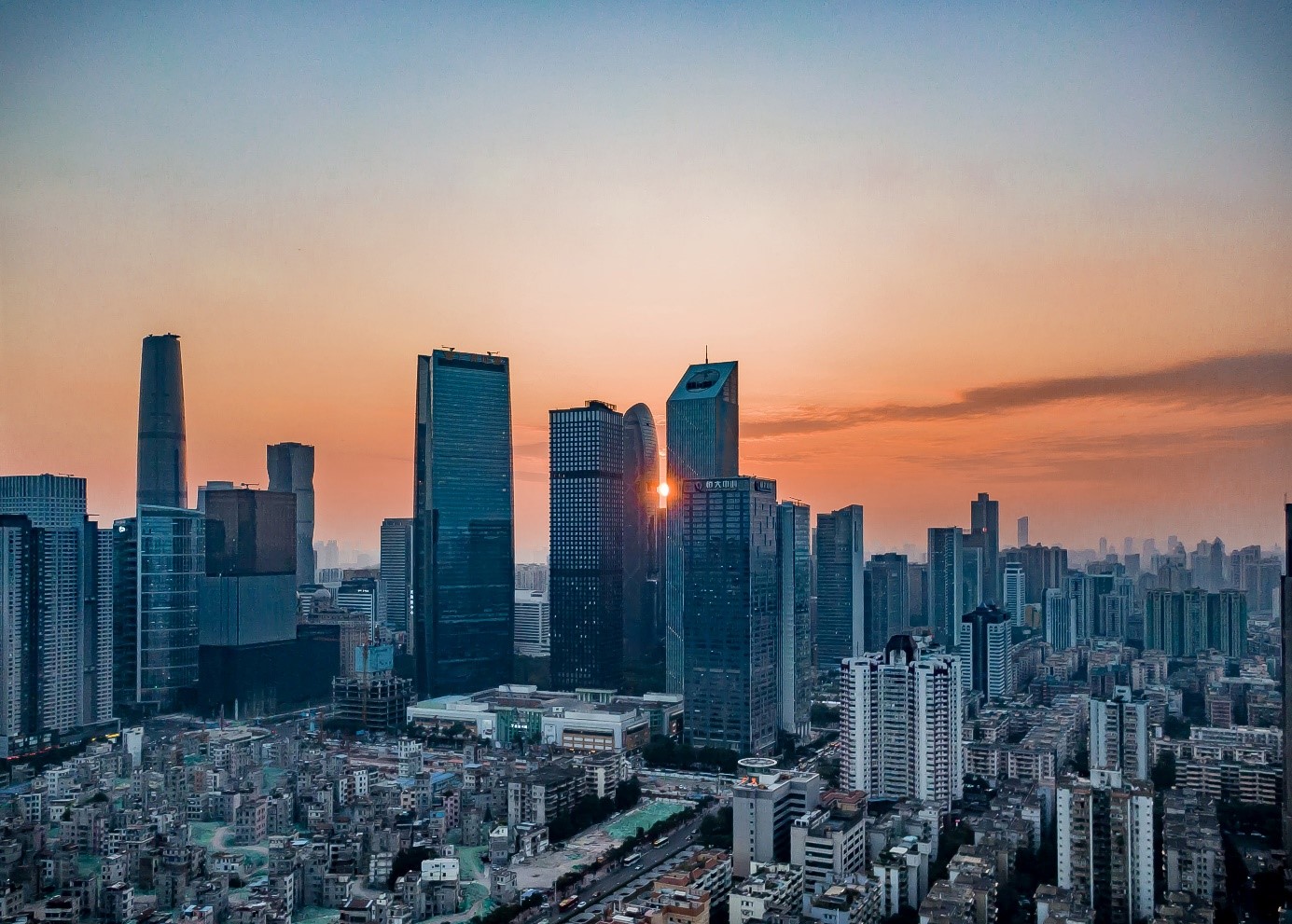 Liwan District is located on the northern part of Guangzhou city. The main tourist highlights in this area include the colonial Shamian Island, Hualin Temple or the museum of Lingnan Architectural Art. Moreover, the popular Shangxiajiu Pedestrian Street is traditionally prosperous Commercial Street in Liwan District. Staying in this area is convenient for shopping, eating, sightseeing and relaxing. Property rental prices here are cheaper than in Tianhe District however, if you are looking for quiet and peaceful place, this might not be the right area for you. 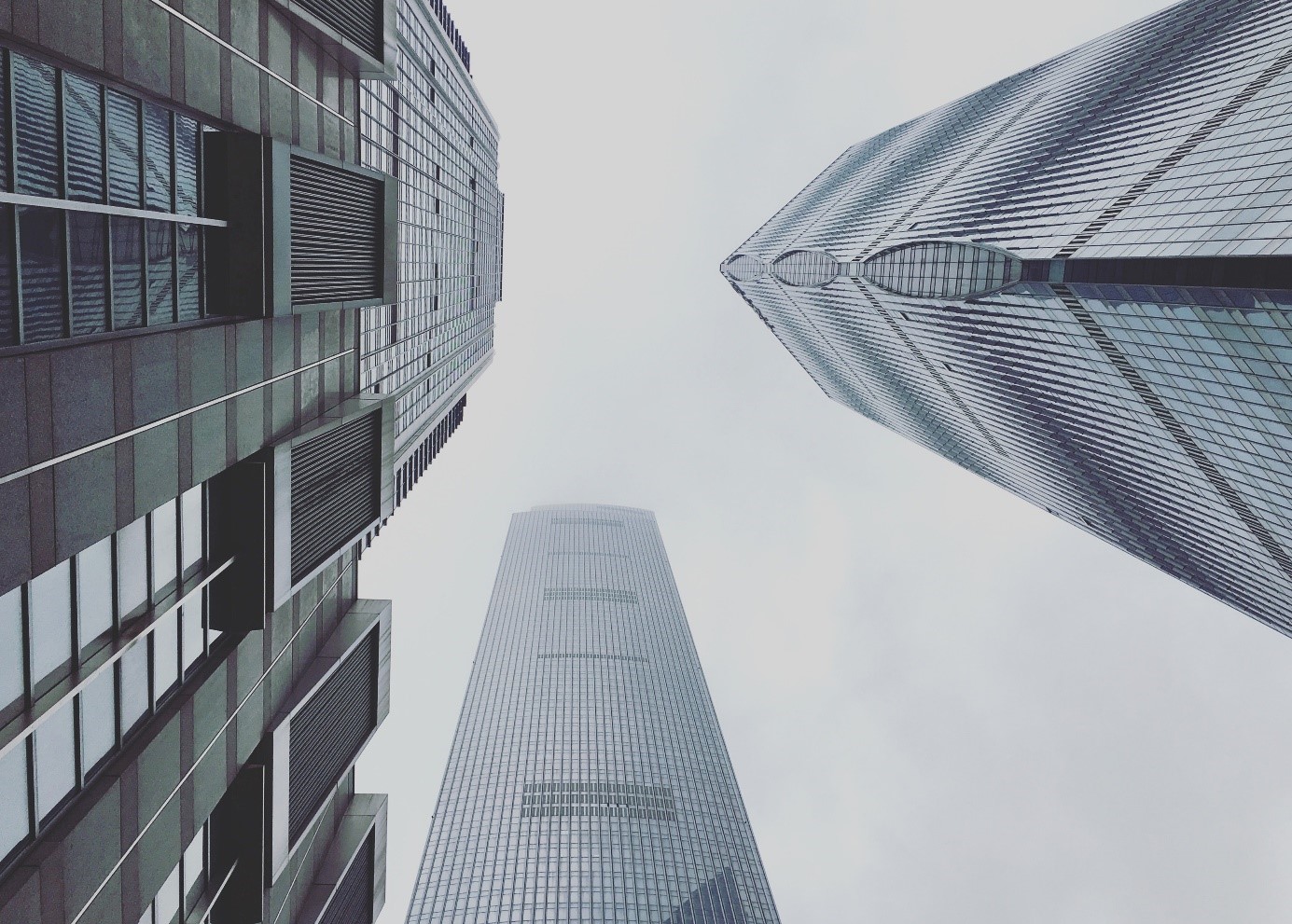 Tianhe District, which is right next to Yuexiu District, is now considered to be the new city center of Guangzhou. In this area, you can find many parks and shopping malls, such as Tianhe Park, and Flower City Square. Guangdong Museum is also settled in this area. This district is one of the most popular districts among Expats in Guangzhou. The land in Tianhe is the most expensive in Guangzhou, thus property rates and apartment rental prices in this district are generally the most expensive.

located in the north, this is a very popular and cosmopolitan area featuring skyscrapers, restaurants, shopping malls and supermarkets. In this area you can find some of the most luxury apartments in Guangzhou. This area has probably the most foreign amenities.

is located right next to Zhujiang New Town, is becoming an important area of foreigner-friendly businesses, bars and restaurants, built around some well-received blocks of nice apartments. Liede area features local and foreign supermarkets and also a foreign-restaurant street. Liede is also one of the most expensive areas to rent an apartment in Guangzhou.

Tianhe Bei is located just above Zhujiang New Town. It is a newly developed area which has recently been filled with offices, hotels, restaurants and high-end shopping malls. In this area you can find better and more modern apartments and serviced apartments than in other districts. Rental prices are still high in this area.

Located to the west of Zhujiang New Town, this is a small part of Guangzhou where most executives, managers and consular officials live. This area features one of Guangzhou most beautiful luxury villas and apartments. Moreover, it is close to many international schools, which makes it attractive for families.

: This is an area close to universities and obviously it is very popular among students. In addition, you can find many bars and restaurants. Apartment rental prices are lower than in other districts. This is also a great area if you are looking for a shared apartment in Guangzhou.

The main areas are Haizhu Island, Henan Island, Guanzhou Island and Yajisha Island. The famous Canton Tower, the landmark of Guangzhou, is also here located. Life in this district is very convenient, you can find multiple grocery stores and coffee shops. This island district has some of the priciest properties in the city. This is due to its central location to downtown. One of the most popular areas is the one that encircles Binjiang Dong street, where you can rent high-quality apartments in modern buildings and well-maintained residential areas.

The Panyu district is located in the south of the city in the heart of the Pearl River Delta and is particularly suited for people who are looking for a more peaceful and quiet area. Moreover, good transportation connection to the city center makes this district ideal for people with a medium -lower rental budget. Panyu has lakes, parks and green areas. Its proximity to parks, hospitals and schools make it a popular place for families with kids. Within the Panyu District, the Clifford Estates compound is very popular. This is a high-end residence apartment compound with spectacular gardens, a gym, a pool, restaurants, grocery stores, and 24-hour security.

Baiyun District is located in the northern part of Guangzhou, connecting to many districts such as Liwan, Yuexiu and Tianhe District. Guangzhou Baiyuan International Airport is also located in this district, which makes it popular for frequent travelers. Furthermore, is also a growing area with its own developing industrial centers. With the famous Baiyun Mountain in this area, Baiyun District is full of lush trees and the urban green coverage rate is nearly 50%, which is one of the areas with a good natural and peaceful environment in Guangzhou. If you’re looking for cheaper apartments in Guangzhou and a more relaxed lifestyle away from the city center, then places like Panyu and Baiyun are a good choices.

In terms of housing prices, as in all major cities, it is clear that rents in the central areas of Guangzhou are by far the most expensive. Especially Luwan, Tianhe, Haizhu and Yuexiu District. Also, it is the most densely populated area in Guangzhou. Once you move away from these core areas, prices drop drastically. Rent rates around Panyu District in the south or Baiyun District in the north are already 20% to 30% cheaper than apartments in the District mentioned above. As in every city, rental prices drop a lot if the apartment is located not that close to a metro station or a big shopping mall. Sometimes even a street can make a difference between two rental levels when renting a flat in Guangzhou.

Not only the location of an apartment in Guangzhou determines its price. The type of apartment also has a great influence. There are different types of housing in Guangzhou. The classic apartment of your own depends very much on your budget and the location. In the inner districts of the Guangzhou city, it is almost impossible to have one's own apartment as a student or a normal employee. But you are close to the city, to the nightlife, restaurants and bars and to many tourist attractions, such as the old town.

These apartments or villas are located in modern and refurbished residential compounds. Compounds are often featured with green area, children play zones, barbecue areas, security and sometimes gym and swimming pool. Most of apartments there have 2 or more bedrooms- hence an ideal option for big families with kids. Apartments in residential compounds are usually just for long term rent (12-24months). When choosing the place to live inside Guangzhou, many foreign families consider the location of the school and workplace. If there are multiple options, then things like greenery, play areas, transportation and local services come into consideration. Some prefer to be right in the city center such as Tianhe or Haizhu, whereas, others prefer more quiet compounds in Panyu or Baiyun districts. Apartments & Villas in Compounds start from 15kRMB+ / month. Here is a list of the most popular Expat compounds in Guangzhou – Click here. Link for best compounds.

Shared apartments, on the other hand, are cheaper and more sociable. Such a shared apartment in Guangzhou often is a mixture of Chinese people, exchange students, international interns or trainees. They are cheaper than an own apartment and you can afford to stay in a central location (Tianhe, Haizhu, Yuexiu, Liwan) even if being in Guangzhou as student. If you are looking for an authentic Chinese living environment, you can also rent a single room in larger apartments from Chinese residents. In most shared apartments you can choose to rent either a single, double or master bedroom. Rental contracts are usually for a minimum term of 6-12months. In general, If you come to Guangzhou as student or intern, this choice might be the best one for you. Shared Apartments start from 2kRMB+ / month.

How do I find a cheap apartment in Guangzhou?