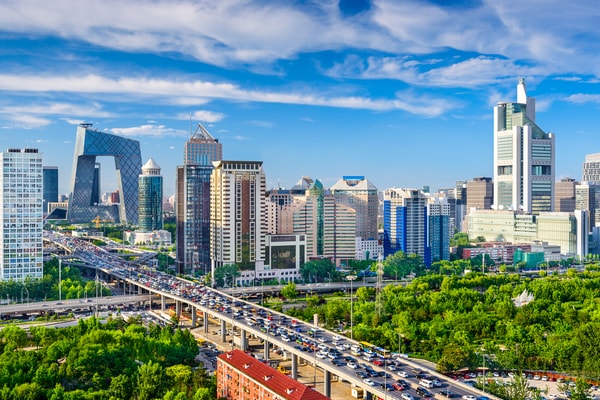 As one of the world’s great ancient capitals and the capital of China, Beijing is one of the most interesting cities in China. Located in the north of China, surrounded by Hebei Province and close to Tianjin Port, it serves as China’s main transportation hub. With a population of over 21 million people, it is China’s second-largest city after Shanghai. The population of Beijing includes both permanent residents (with hukou permission, the majority) and those who hold a temporary residence permit (between 8 and 9 million). In addition, many expats work and live in the city without any kind of residence permit.

Beijing is the political, educational as well as cultural centre of the country. While staying in Beijing, you can explore the city’s ancient past and discover exciting modern architecture. Modern roads, high-speed trains as well as frequent flights make it easy to reach Beijing. However, you may also encounter heavy traffic jams sometimes due to the sheer number of vehicles and residents in general.

Beijing’s climate is characterized by high humidity in the summer as well as cold and dry winters. There is a lot of wind and dust in the spring, and sometimes there are sandstorms. Autumn is the most beautiful and pleasant season in Beijing. Although there are frequent weather changes, it is generally comfortable.

The tertiary sector, especially the real estate and automobile branch, has grown spectacularly in recent years. The Central Business District of Beijing, in the area of Guomao, is recognized as the new nucleus of the economic and financial life of the city, it is the location for offices and corporate headquarters of various regional companies, shopping centres, department stores and luxury homes. In Beijing, there is a concentration of magnificent constructions of classical style, which represent the height of the ancient architecture of China. The city had both inner and outer walls built in the Ming Dynasty. Although the walls no longer exist, their doors and the most important towers remain intact. Science and culture have also developed considerably and have made Beijing China’s largest scientific and cultural centre. Here is the largest national library (the Beijing Library), the largest sports facilities in the country and first-class hospitals. It is the centre of the country’s press and publishing industry, headquarters of dozens of national artistic groups, and its 120 museums have made it worthy of the name of “city of the museums”.

In recent years, and the technology industry has developed with impetus in this place, which has been distinguished by many as “the Silicon Valley of China”. Also, Beijing attracts people from all over the country and the world. The diversity and vitality of the city are responsible for Beijing’s varied and colourful nightlife. Many people choose to relax in the bars and the numerous shows and performances are attractive to lovers of live shows.

Located in the northeast of Beijing, Chaoyang District is the home of many foreign embassies. Besides the famous Sanlitun Bar Street and the Silk Street, you can find many interesting shopping malls, restaurants and bars.

The Dongcheng district is in the heart of the city and close to landmarks such as Tiananmen Square and the Forbidden City. This is also known as a more touristy area, you will find a lot of Expat-friendly bars, restaurants and shopping centers.

Located in the north-west part of Beijing, this district is also known as the university district. The great amount of students ensures a trendy and fun character, combined with a lot of restaurants, shops and bars.